Report From The Tower
USAPROPHET.COM

Prophetic ministry of Stephen L. Bening, a servant and prophet of our Lord Jesus Christ
Ezekiel 27:11The Gammadims were in thy towers: they hanged their shields upon thy walls round about; they have made thy beauty perfect

Click Below to Send Email to Stephen L. Bening at:
stephen@usaprophet.com


This page contains every map that is contained in the GAMMADIM VISION website. Some of these maps are interactive, and they contain prophetic material and links to other pages. This is a brief description of each map: 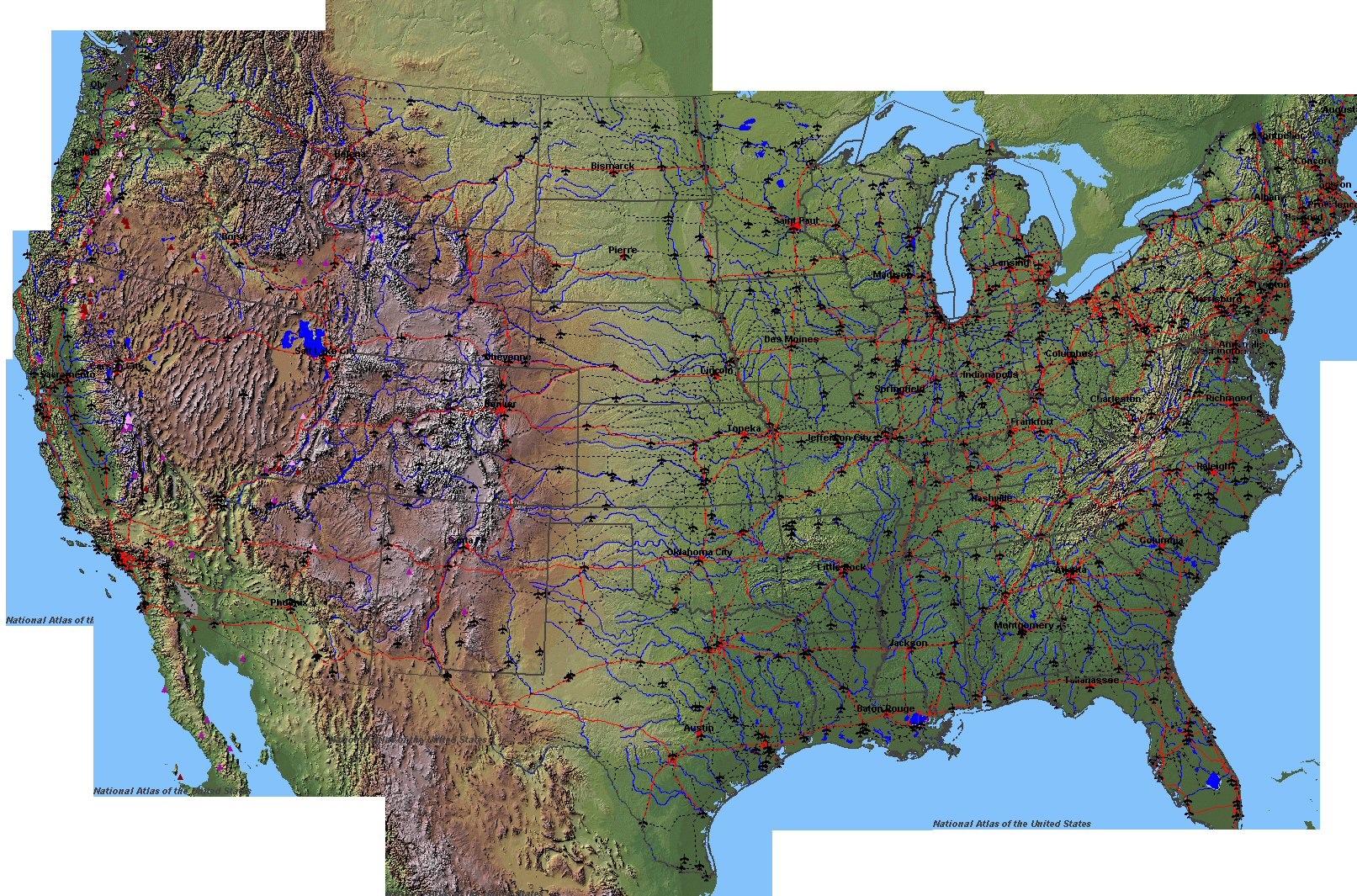 MAP 4
THIS IS AN 1895, INTERACTIVE MAP OF THE CONTINENTAL UNITED STATES, SHOWING RAIL LINES, RIVERS AND OTHER DETAIL, WITH IMBEDDED LINKS TO VARIOUS WEB PAGES THAT POP UP WHEN YOUR MOUSE PASSES OVER A REGION


MAP 6
Sister Hattie's USA Devastation Map
The important feature revealed here is the large new great lake, to be caused by a future New Madrid Earthquake, in the area currently occupied by the Mississippi River. The coastal area of Texas was also shown as reduced.

MAP 7
ASTEROID EVACUATION ZONE MAP
Below, you can see the recommended evacuation zone map. The red areas are certain to be inundated. The yellow areas will probably be inundated, but there are fewer prophetic witnesses. The blue areas represent mountainous safe zones. The green areas are safe as well. The cross hatched green area in Northern Florida is the subject of prophetic disagreement: several say it is safe, and several say it is not. I recommend that you regard it as not safe, and evacuate the area when the Lord gives out the dream warnings to His servants that He has promised to give twenty hours before this event occurs.
MAP 7A
ASTEROID EVACUATION ZONE MAP-Zoom To Georgia
Below, you can see the recommended evacuation zone map. All inundation areas are colored in darker blue, as they are lower than 1,050 feet in altitude. I expect these areas to be under water. It is really sobering to see this up close! No data is known for the Gulf of Mexico tsunami, but it is thought to be not as large as the Atlantic tsunami, which is thought to be 2.4 miles in diameter and estimated to strike about 2,000 miles East. The altitude of downtown Atlanta is 1,050 feet, but that altitude is not uniform. Some parts of it may go under the water. A careful examination will reveal that much of the Greater Atlanta area is below 1,050 feet altitude. Please also realize that altitudes for areas up to 1,160 feet may "possibly" be in danger around the Atlanta area, as the encroachment altitude has been estimated from that which is known prophetically about the wave as it encroaches 200 miles inland into coastal North Carolina to an altitude of 1,160 feet. Downtown Atlanta is 225 miles from the Ocean. There are many cities and towns between Marietta GA (North side of Atlanta) and Chattanooga TN (Elevation 630 ft) that are well below 1,050 feet. I do not believe these towns will be inundated by the wave itself, but low lying areas may be filled in by rivers that connect to the inundation zone. All people in the Atlanta Metropolitan Area and in the area to the North and Northwest of Atlanta up to the Tennessee line should pray and develop their own evacuation plan as led by the Holy Spirit. Many of you are very close to future beachfront property. 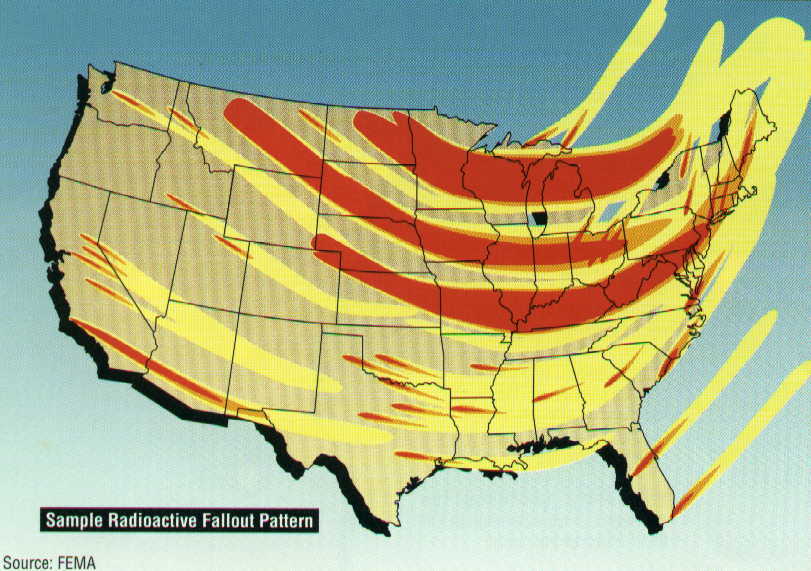 MAP 10
Blue Panther Disaster/Refuge Map-Circa 1993
The important feature revealed here is the locations of refuge areas near Jacksonville, North Carolina, Tennessee and Western Montana. These must all be contended for with prayer and fasting. The Eastern refuge areas will be more temporary. Encroachment by tsunami is shown as far inland as Atlanta. 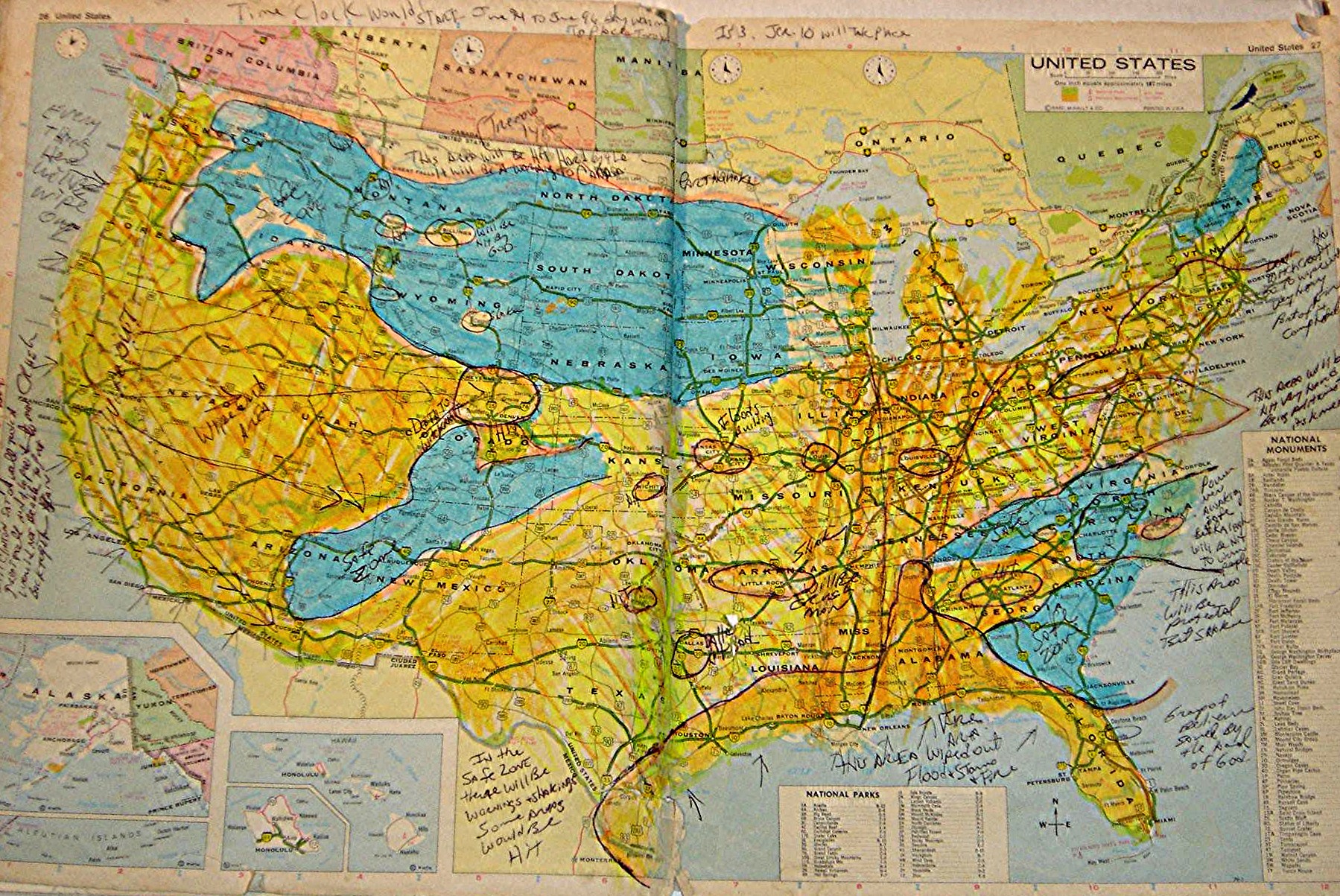 
Click Below to Send Email to Stephen L. Bening at:
Gammadim@Bellsouth.net